10 Reasons to add Live Chat or Texting to your service

When it comes to communication, times they are a changing — actually they’ve been changing for quite awhile now. That’s especially true when we think about how communication is evolving thanks to technology. So why is it so important that you add channels like chat or texting to your service? 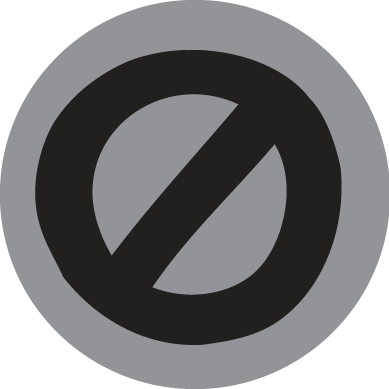 Believe it or not, there’s an entire group of people out there who may need your help, but they’ll never pick up the phone to call you. They may be too embarrassed, afraid, or ashamed about their situation to talk about it. Perhaps they are introverted or more severely they experience social anxiety, so phone contact is very uncomfortable. They may avoid phone conversations because of insecurities about their speech or cognitive abilities. They may lack the privacy needed to speak to you. If you think about it, there are a number of reasons why a person may shy away from using the phone. And for each of those scenarios, there’s a good chance they’d be much more comfortable reaching out if they knew they could do so online or via text messages.

How often have you opted to text someone because it was far more convenient than calling them? Many businesses encourage their employees to use instant messages or other electronic means as a primary mode of internal communication because of its efficiency. Simply put, the people who need your service are often searching for these same quick, convenient methods of getting the help they need. A 2012 Forrester and Oracle Report found that over a three year period, contact centers for businesses experienced a 24% increase in their web chat usage. As these channels gain popularity among businesses, society comes to expect these same channels to become available elsewhere, too. 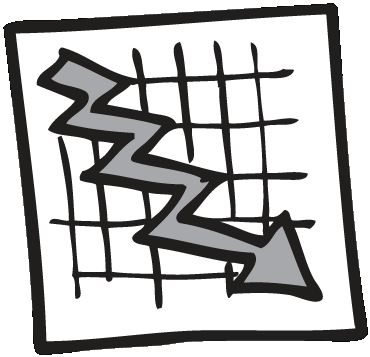 Does it feel like your call volume is decreasing? Or worse, maybe your data is proving it is. It’s probably not that your community doesn’t need your service as much as it once did. Rather one likely explanation is that with each passing year your community’s demographics are changing. With members of the oldest generation no longer reaching out directly for help, either because they are being cared for by others or have passed away, an entire demographic focused solely on conversing over the phone is no longer calling. Instead, we’re left with generations who are comfortable reaching out via text or live chat, and those for whom it’s the preferred method of communication.

Most helplines report that the 25 and under crowd is the demographic from whom they receive the fewest phone calls. This should come as no surprise – youth prefer texting or chatting online as a way of communicating. They grew up with this technology and it’s the most natural channel for them to use. They tend to see phone calls as a more inconvenient, sometimes awkward way of communicating, especially with strangers. A 2015 study by the Pew Research Center found that teens reserve phone calls for their closest friends, while they prefer building new friendships via text messaging. When faced with the prospect of reaching out to a stranger for help, they’ll be more likely to do so via text.

Individuals and families everywhere are looking to trim their budgets, and this is especially true for families of lower incomes. Often times their wireless phone plans may limit the amount of minutes for calls, where the allotment for texting is typically more generous. These are the people who arguably need you the most – your assistance can be vital in educating them about available resources and connecting them with the services they need. Being able to reach you via text message is important to them.

6. A need for silence

One of the most powerful ads from the 2015 Superbowl wasn’t trying to sell us a product, it was trying to raise awareness. The ad featured a 911 call where the caller was asking to order a pizza. Luckily the 911 operator, trained to recognize these scenarios, quickly caught on to what was happening: Sometimes a person in peril will call 911 but is unable to say that they need an officer to come to their home. In this situation, a woman was in the presence of an abusive partner, was in danger, and needed a clever way to get to safety. This is a perfect example of why many 911 services across North America are text enabling their service – sometimes people need a safe, silent way to reach out for help. Not all situations are this dire, it may be a teen who needs to discuss his sexual orientation without a parent or sibling overhearing, or a young woman at a party who is anxious and upset but doesn’t want her friends to know. There are plenty of instances where someone needs to talk, but they can’t say the words out loud.

7. Texting is the most used function on smartphones

Your smartphone is so much more than a phone. It’s a pocket-sized computer that checks email, sends texts, surfs the internet, plays music and games, pays bills, connects to social media, and a multitude of other functions. Most people now see voice calling as a secondary and not primary function. According to a study conducted by the Pew Research Center in 2014, Text Messaging and Internet Usage were the two highest used functions during the study period. Voice calls appeared third on the list.

8. Legitimize and professionalize your helpline

Decades ago when the internet was in its infancy, many people balked at the idea of instant messaging or email as a professional way of communicating. It was seen by many as too impersonal, and a passing fad. Over the years that sentiment has changed significantly, and now having a website and social media presence is mandatory for a business to thrive. With the demand for online availability of services increasing each year, soon offering these channels will be essential to the survivability of non-profit helplines.

9. Give your helpline a facelift

Many helplines are cornerstones of their community, having reliably provided their services for decades. People in your area know who you are and what you do. But you must be careful not to become complacent. Businesses of all types and sizes must periodically rebrand and re-energize themselves to meet the changing needs and preferences of their target audience. Adding text and chat capabilities to your helpline is one great way to show your community that not only are you still around to help, but you’re adapting to the way they wish to reach you. It also shows potential funders that you’re a worthy investment. And when it comes to texting, you can text enable your existing number, making it even easier for help seekers in your community to reach out without needing to learn a new number. 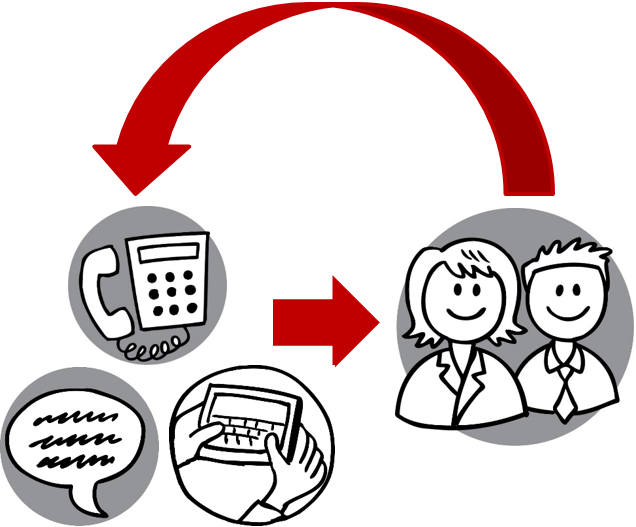 It’s not just about your incoming contacts. Best practice guidelines throughout the helpline industry stress the importance of follow-up programs in suicide prevention efforts. Follow-ups also allow you to collect feedback and outcome data, making them a critical component in measuring your impact. But sometimes getting people to agree to that follow-up, or be responsive to your attempts, can become a challenge. Research conducted by Varolii Corporation in 2013 found that text messaging was quickly becoming the preferred channel of communication for most American consumers. They found that one in five consumers were equally likely to prefer a text message as they are receiving a voice call. Among 18-to-24-year-olds more than 36% said a text message was their preferred form of communication with businesses. This suggests that you may have more success getting your clients to agree to be contacted if they know contact via text is an option. Just don’t forget to get clear, written consent to contact them via text message, or risk fines and other punishment. For more on that, check out our webinar and white paper on compliance issues.

Take a tour of Live Chat and Texting in iCarol: Join a webinar or watch the video