iCarol users in the news: National Council on Problem Gambling

On February 9th PBS will air a Frontline/New York Times documentary about fantasy sports and online sports betting. The documentary will explore the growth of these businesses, go inside their operations at home and abroad, and discuss how regulatory entities, law enforcement, and legislators are grappling with it.

Our friends at the National Council on Problem Gambling played a role in the documentary. Executive Director Keith Whyte was interviewed but it’s not yet known if that footage will be included in the documentary when it airs. Keith and NCPG’s participation helped ensure that people affected by problem gambling and their stories were included.

This documentary, through its national broadcast, has the potential to educate millions of people on the topic of problem gambling, including fantasy sports, which some feel does not qualify as gambling and shouldn’t be subject to the same regulations as casinos and other established gambling purveyors.

In related news, NCPG has also released a media advisory ahead of the Super Bowl in part stating:

“The massive amount of money bet on the Super Bowl and the overwhelming media coverage may create or exacerbate gambling problems. We urge the media covering the game to provide warning signs of gambling addiction and promote the Helpline.”

You can read that full advisory here.

We hope you’ll check out the documentary when it airs, and for now you can watch the trailer below. 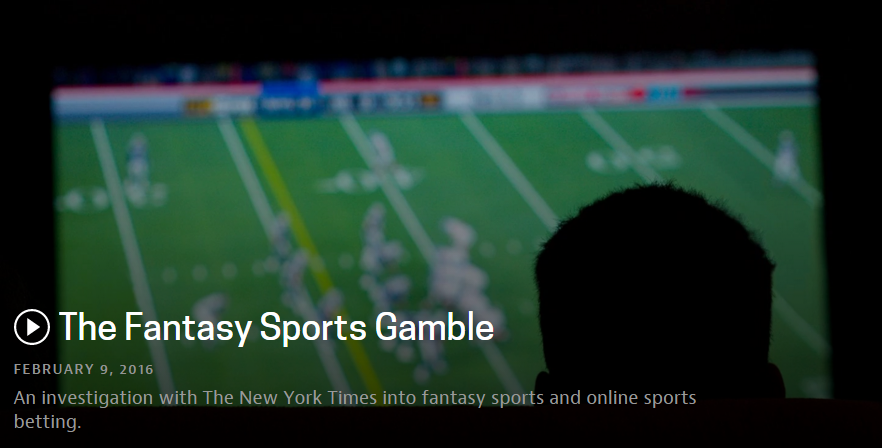 The cost of living is putting pressure on people, and in 2022 many found themselves in a position of needing suppor… https://t.co/l1swHnwrYg

DC’s Board of Directors is a Governance Board and is currently looking to add to the board at its upcoming AGM in M… https://t.co/60otoKLMHl

New podcast episode! We are joined by former NFL players @MarcusSmithII, Soul Cole and Zach Moore to discuss their… https://t.co/lF5rpdiNrM

You wouldn't hesitate to use your GPS if you needed help finding an address. If you’re searching for a program or… https://t.co/ihJugo1Q5o