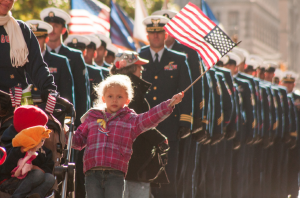 The HBO Documentary “Crisis Hotline: Veterans Press 1” first aired on HBO over a year ago, and at the Academy Award Nominations on Thursday morning, they announced that the film was among the nominees for Best Short Subject Documentary! Congrats to the filmmakers for being nominated for Hollywood’s most prestigious award.

In case you haven’t seen it yet, the film is definitely worth checking out. It’s an intimate look at suicide prevention hotline work. The documentary highlights the work of the call center in Canadaigua, NY that answers the National Suicide Prevention Lifeline’s phone line operated specifically for veterans at risk of suicide. The documentary features harrowing footage of crisis responders working to find anonymous callers in imminent danger, and the quiet and touching moments between the empathetic workers who listen without judgment and the veterans reaching out for help. It’s available for purchase and rent, or HBO subscribers can watch via HBO GO.

This is a truly well-made film that shines a light on the hard work of suicide prevention lines, and the struggles faced by members of the military. I know I’ll be cheering it on when I’m watching the Oscars this February.

If you think someone might be lonely, there are things you can do to help ease some of those feelings. We've compi… https://t.co/bFeIyN7EpB