iCarol would like to extend our congratulations to our friends and customers at North Carolina 2-1-1, who were selected to receive Innovation Awards in the Disaster Preparedness category, and also voted the overall winner of the Innovation Awards. This was the first year for these awards, given by the Alliance of Information and Referral Systems (AIRS).

NC 2-1-1 first took on the role of disaster portal during Hurricane Matthew in 2016. During this historic storm and flooding that followed, many of the county’s 9-1-1 systems were knocked offline, causing residents to call 2-1-1 requesting life-saving intervention including water rescues necessitated by the flooding. This required quick thinking on the part of NC 2-1-1 staff and leadership to establish protocols in how to handle these calls and inform appropriate services to ensure the callers received appropriate assistance as quickly as possible. 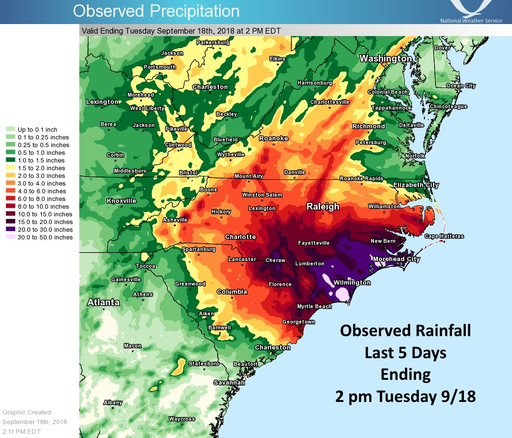 While their quick action in the face of emergency surely saved many lives, there were some weaknesses in the process that became apparent. Namely, the 2-1-1 staff did not consistently receive follow-up or confirmation that NC 2-1-1’s referrals to emergency operations were successfully received and addressed, or that callers got the help they needed. In such high stakes situations, this added to the already heightened stress experienced by the 2-1-1 team during this disaster.

Post-disaster briefings provided both NC 2-1-1 and North Carolina Emergency Operations with the opportunity to talk through the situation that played out during Hurricane Matthew, and assess what should be done going forward to improve response during future disasters.

They decided that in future disasters they would implement changes, including:

The new, formalized protocols that emerged during the post-disaster briefings were quickly put to the test when Hurricane Florence arrived in September of 2018 and some 9-1-1 systems experienced technical difficulties in the face of unforgiving wind and flooding. This time, the 2-1-1 staff felt there was more accountability in the entire process thanks in part to the ability to track the movement of referrals to emergency operations. Confirmation that life threatening situations were successfully handed off from 2-1-1 to emergency services also helped reduce stress on 2-1-1 staff and lessen any unease that might have previously come with the lack of closure they received regarding the 9-1-1 calls.

We are extremely proud of the efforts of North Carolina 2-1-1 for their leadership on the topic of Disaster Response and service to the residents of North Carolina before, during, and after natural disasters. Their Innovation Award is certainly well-deserved, and we look forward to seeing them presented with the award at the AIRS Conference this week.