Going “Beyond the Breakthrough” at the National Sexual Assault Conference

CW: The following blog post discusses the topic of sexual violence and harassment.

On August 21st and 22nd, iCarol Director of Business Development, Polly McDaniel, and Solutions Expert Veronica Ross, will be in Philadelphia for the National Sexual Assault Conference.

This is our 3rd year at this particular conference, though organizations that address sexual violence prevention and help those who have experienced a sexual assault or other crimes have long been a part of the iCarol family. In the past few years though, iCarol has seen tremendous growth in the number of new organizations joining us that serve in this space. Over the course of many years serving this industry we have learned much about the unique challenges these organizations face, the nature of the work they do and the people they serve, and the tools they need to expand services in a cost effective but meaningful way.

One undeniable trend is the need to aid survivors through live chat or SMS/Texting, in addition to phone hotlines. While we’ve seen a monumental shift in public awareness of just how pervasive sexual violence is, and more willingness to listen to and believe survivors, there are still barriers in place that prevent people from sharing their stories. The means to ask for help in a way that makes people feel less vulnerable, or more anonymous, can make all the difference in helping someone break their silence and begin their next steps toward healing and recovery. We’ve spent the last several years actively working organizations to help them add on such services.

We’re also so excited to have seen how organizations that help survivors of sexual violence are expanding their services, and using innovative tools to do so. For instance, expanding their talent pools by allowing remote work, dispatching volunteer advocates to Sexual Assault Forensic Exam (SAFE) procedure, providing follow-up activities, and more services to support survivors.

If your organization supports those who have been affected by sexual violence, we invite you to review some of the resources we’ve pulled together to help you:

We’re looking forward to the opportunity to answer your questions and hear more about the amazing work you’re doing for sexual violence survivors in your community and beyond. If you are going to be at the conference, please stop by the iCarol booth! If you have questions or want to set up a meeting to speak with one of our Solutions Experts, please contact us.

We first attended this national conference in 2017, though organizations that address sexual violence and help sexual assault survivors have long been a part of the iCarol family. Our first experience at NSAC last year was exciting and inspiring; we were thrilled by the number of talented and passionate advocates we met. They do invaluable work toward awareness, breaking the silence around rape and sexual assault, preventing violence, and helping survivors heal. In the year that followed we welcomed a number of new organizations serving this space into the iCarol network of users. We’re eager to attend the conference again this year so we can meet more people doing this amazing work, reconnect with those we met earlier, and show everyone some of the latest solutions we offer to enhance service delivery to survivors.

So, if you’re going to be at the NSAC conference, please stop by our booth in the Platinum 5 exhibit room and say “hello.” We’re looking forward to the opportunity to answer your questions and hear more about the amazing work you’re doing for sexual violence survivors in your community and beyond. 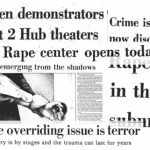 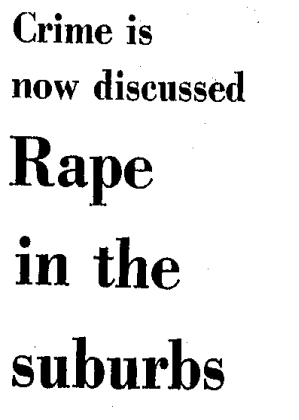