We never talk anymore: The preference to text instead of talk

An interesting take on the preference for texting over talking can be found in this article by Bizzuka.

Some key points to take away:


These and other statistics about millennials are sourced here.

Millennials aren’t the only ones who text, though. According to Factbrowser, statistics reveal that US smartphone owners who use text (92%) send an average of 111 messages per week, and 49% of those who use social media daily would rather text than call someone.

More evidence that texting is not a fad but rather an often preferred mode of communication that’s here to stay.

What we took away from NOMORE.org’s ad

The famous pro-football championship game that aired last night (honestly, it’s unclear whether we’re allowed to use the trademarked name in our blog, so let’s err on the side of caution, shall we? 🙂 ) is arguably watched for its commercials just as much as it is for the game itself. As usual, this year’s game produced a number of ads that are generating lots of conversation, both good and bad. It was a great year for ads that focused on social awareness. For instance the “Make it Happy” ads by Coca Cola advocate for positivity in response to bullying on the internet and social media. The “Like a Girl” ad reminds society to stop using that phrase as an insult. And after a year of controversy surrounding the NFL’s handling of domestic violence, there were ads tackling that topic as well.

Last week the organization NOMORE.org released a very powerful ad, which was also shown during the game. If you haven’t seen it yet, check it out below.

This is easily one of the most compelling, important tv spots I’ve seen in a long time. When I first watched it I felt sad, scared, and anxious as I listened to the exchange between the woman and the 9-1-1 operator. It’s one thing to understand what domestic violence is, but it’s quite another thing to hear the call for help.*

There are several messages I took away from the commercial. How isolating domestic violence is, for instance. Or how resourceful and resilient survivors of domestic violence are. But for me the most resounding message came at the end of the ad with the text on the screen: “When it’s hard to talk, it’s up to us to listen.”

Finding the strength to speak up can be difficult. Finding someone who can listen, who can read between the lines if necessary in order to help — that’s even harder. And we know that helpline workers use their expert skills to do this with clients every day, not just when it comes to domestic violence, but in identifying child abuse, or thoughts of suicide. You’re able to weed through their words, to pick up on the slightest hint of what’s below the surface, and uncover the deeper issue.

But there are lots of times when a verbal conversation just isn’t possible at all. The woman portrayed in the ad was able to make an excuse to use the phone, and cleverly found a way to call for help without her abuser realizing it. There’s a reason why efforts are underway to enable texting to 9-1-1. Local law enforcement and emergency services are recognizing that in some situations, a phone call is dangerous or impossible.

More and more, help seekers reach out via chat or text instead of a phone call, too. Sometimes because of personal preference, and sometimes because silence is necessary. The instance shown in the ad is just one example; certainly chat or text has been used by those affected by domestic violence to reach out for online emotional support, or even receive emergency rescue during a violent incident. But there are other scenarios where this might be needed, and they may not all be as dire as the call in the commercial.

Think of the teen who wants to discreetly discuss his sexuality without risking a parent or sibling listening in on the conversation. Or the young woman at a party who is feeling anxious and upset, but can’t verbalize that to the friends she’s with and doesn’t want others to overhear. A child may have just been bullied in the hallway at school, and they find it much easier to hop on a library computer for a chat session than it is to make a phone call.

There are plenty of instances where someone needs to talk, but they can’t say the words outloud. It’s important that we be there to listen through the channels the help seekers want to use.

* While the call in the commercial feels very real, it is actually a re-enactment of a real call to 9-1-1

We’re gearing up for the American Association of Suicidology’s 47th Annual Conference in Los Angeles! We’re looking forward to seeing so many of our friends and colleagues there; it’s always a great chance to catch up with everyone in the helpline and suicide prevention industry.

This year iCarol is particularly excited to present a special lunch session on Friday April 11th. Our workshop is
Chat, Texting, Mobile and Social: A look at today and the future of online emotional support with iCarol.

With every passing year, the use of new channels to seek help continues to expand. Join this session to help your crisis center evaluate these channels, determine your next steps and plan your technology choices to adapt to the evolving Online Emotional Support (OES) landscape. You’ll hear from your peers and technology experts about the best way to get started serving people interactively using the electronically written, rather than the spoken word.

Adding new channels by which your clients can reach you can be intimidating and may leave you with a lot of questions. We hope to answer the questions you may have about these new technologies and give you confidence to embark on this new and exciting path with the tools iCarol has developed. We hope you’ll join us for this session at AAS! Not attending the conference but still want to learn more about our Online Emotional Support capabilities? Sign up for a webinar!

Recently we announced the availability of several exciting new capabilities related to Texting/SMS in your iCarol system: 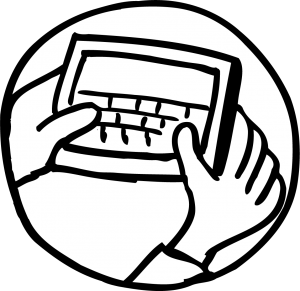 To turn on these features and learn more about using Text Messaging/SMS at your helpline, go to the Admin Tools page and click on the new Messaging tab. Please note that Text Messaging / SMS traffic can result in additional charges from iCarol as well as for the recipient from their mobile phone service provider. If you have any questions, feel free to contact the iCarol Support Team by logging a case.