According to the Centers for Disease Control and Prevention (CDC) Leading Causes of Death Reports, in 2018 suicide was the second leading cause of death among individuals between the ages of 10 and 34.

In spite of these statistics, there are inconsistent requirements and delivery mechanisms in school curriculums across the United States. Analysis by TODAY found that, “at least nine states require a mental health curriculum by law. At least 20 states and the District of Columbia include mental health in their health or education standards…More than a dozen states appear not to require mental health education or incorporate it into their standards.”

Education for students specifically about suicide and suicide prevention, including warning sign recognition and how to seek assistance for themselves or their friends, is even more scarce.

In the absence of consistent and nationwide coverage on these issues provided by schools, individuals and mental health advocacy groups are pushing for change through petitions and other forms of activism. One such petition by Joseph Marques of Taunton, MA who is a member of the American Association of Suicidology (AAS), makes note that COVID-19 is only further complicating and increasing the need for good mental health and suicide prevention education. You can read that petition here.

Further reading about mental health and suicide prevention in school can be found at these resources:

What are your thoughts on providing mental health education and suicide prevention for K-12 students? Leave a comment below to join the discussion! 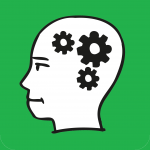 October 10 is World Mental Health Day, and it’s a day every single person can and should participate in. Every person should be aware of the state of their own mental health, be able to recognize the signs that they are stressed or ill, and know what to do when that happens. And while this is important regardless of one’s age, this year the World Health Organization is placing a focus on child and adolescent mental health.

Half of all mental health conditions start by age 14, but most cases go undetected and untreated until many years later or often not at all. Suicide is the second leading cause of death among those aged 15-29. Depression and eating disorders are top concerns for youth, as is alcohol and drug use that can lead to unsafe behavior. Even under the best circumstances, adolescence and young adulthood are challenging times. Not only do youth experience physical, hormonal, and emotional changes that can be uncomfortable and confusing, but youth are also dealing with academic and societal expectations and challenges. Young adults are facing major life changes such as choosing how to begin their futures, starting university or their first jobs and beginning to navigate adulthood when they may very much still feel like a child. While all this is exciting, it’s also stressful. And, if these pressures aren’t managed well with healthy coping strategies, mental health conditions can and do develop. Besides all the expected challenges of adolescence, we mustn’t forget the number of youth worldwide living in areas affected by war, natural disaster, health epidemics, conflict, and humanitarian emergencies. Young people living in situations such as these are particularly vulnerable to mental distress and illness.

Thankfully, there is a growing focus on prevention and building resilience that could make a difference in the lifelong mental health of youth everywhere. The first step is greater awareness and understanding of mental health as a part of overall health and wellbeing, and knowing the first symptoms of mental illness. The removal of stigma associated with mental illness, and access to proper care are also a vital part of building a more mentally healthy world. And of course, parents, teachers, guidance counselors, and other adults who interact with youth have a role to play in helping children build life skills that help them cope with challenges in healthy and constructive ways so that serious mental health conditions are less likely to become an issue.

WHO encourages governments worldwide to invest in the social, health and education sectors and support comprehensive, integrated, evidence-based programs for the mental health of young people. In particular, programs that raise awareness among adolescents and young adults of ways to look after their mental health and programs that help peers, parents and teachers know how to support their friends, children and students.

Resources, fact sheets, shareable graphics and more can be found on the World Health Organization’s website.

Did you know that 87% of college students feel overwhelmed by their responsibilities and 39% feel so depressed it is difficult to function? (Source: American College Health Association, National College Health Assessment) DMAX Foundation seeks to improve those statistics by creating social clubs with a mental health focus on college campuses throughout the nation to enable students to talk to each other about how they are doing, and to help each other.

DMAX Foundation was started by Laurie and Lee Maxwell, after the tragic loss of their son, Dan, to suicide at the age of 18. Dan had been plagued with mental and emotional pain for eighteen months, without relief, before he took his life. He tried to get better in every way possible. He and his family saw physicians, psychiatrists, and psychologists, tried medications and dietary changes, and conducted tireless research. One thing the Maxwells were not able to do is speak out. It was too difficult to confide in friends and relatives about what was happening inside their family.

Thus DMAX, named in Dan Maxwell’s honor (DMAX was the nickname his teammates gave him), was founded to eliminate stigma and encourage safe and caring conversations about mental and emotional issues in our youth. To accomplish these goals, DMAX is establishing Clubs on college campuses which provide environments for all students to get together and talk about how they are doing, how their friends are doing and how they can help each other. DMAX Club officers get the opportunity to build valuable leadership skills, are trained to recognize mental health emergencies, learn how to listen (versus give therapy), and extend the campus’ mental health resources by making referrals to the Counseling Center. While other college mental health organizations emphasize the importance of having conversations about mental wellness, DMAX is putting it into practice, providing the space and the tools for Conversations That Matter to take place.

DMAX Foundation is currently focused on establishing clubs in the Philadelphia and surrounding areas, with a plan to expand all over the country in the future. DMAX Clubs have been recently established at Penn State University and Drexel University, joining Elon University, which began in spring 2016.

You can help DMAX establish clubs throughout the nation by:

For more information about DMAX Foundation and opportunities to get involved, visit www.dmaxfoundation.org

Guest Blogger Kris Kelley serves as the Outreach and Administrative Coordinator for the DMAX Foundation.

Since its debut on Netflix earlier this year, the drama “13 Reasons Why,” an adaptation of a young adult novel, has spurred much discussion among suicide prevention experts and mental health advocates.

The series follows the story of Hannah, a teenager who has recently died by suicide. As her parents, teachers and friends process the loss, Hannah’s close friend and crush, Clay, finds himself obsessed with Hannah’s death, what caused her to kill herself, and how it may have been prevented. He is plagued by the “what ifs” of their time together. A mysterious delivery sends Clay further down a path of grief, regret, and ultimately the start of healing and learning lessons from loss.

Some have praised the series for drawing awareness to the topic of suicide. “13 Reasons Why” is one of Netflix’s most watched programs of 2017 and has exposed people to suicide and the intense grief of survivors, and also issues like sexual assault, drug addiction, and bullying.

Unfortunately, the show is riddled with problematic content. Hannah’s suicide is romanticized, especially in the context of the star-crossed lovers relationship between Hannah and Clay. Suicide is portrayed as an acceptable method of revenge, and the revenge element often overshadows the complex and mounting reasons that Hannah took her own life. Opportunities to show how teens might reach out, and successfully receive help, are missed, and in fact it shows only how attempt’s to get help could go horribly wrong. Teenagers could construe this message as discouraging help-seeking from adults. Finally, and most upsetting, is the fact that Hannah’s suicide is graphically depicted, going against guidelines that suicide experts outline for the media. For a program aimed and marketed towards teens, who are particularly vulnerable to influence and suicide contagion, these are some dangerous missteps that overshadow any awareness message.

Suicide prevention experts and advocates have been speaking out about “13 Reasons Why” since it was released, and that includes Beau Pinkham, Director of Crisis Intervention Services at The Crisis Center of Johnson County, Iowa. In a recent Op-Ed, Beau lays out the dangers of the series’ depiction of suicide and the effects it is having. You can read Beau’s Op-Ed in the Des Moines Register here.

Have you watched “13 Reasons Why?” What were your thoughts? Please leave us a comment below.