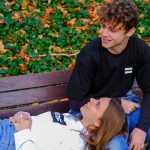 When it comes to teens dating, many parents and guardians worry about things like their teen’s emotions or heartbreak, staying out too late, losing focus and falling behind at school, sexual activity, STDs, or teen pregnancy. And while all of those are worthy of concern for a caring parent, many do not stop to consider another big issue facing teens: Teen Dating Violence.

According to information provided by loveisrespect.org, a survey found that 81% of parents believe teen dating violence is not an issue or admit they don’t know if it’s an issue. And though 82% of parents feel confident that they could recognize the signs if their child was experiencing dating abuse, a majority of parents (58%) could not correctly identify all the warning signs of abuse.

This is troubling considering the problem of abusive romantic relationships between teens problem is a prevalent issue.