Violence is an infectious disease 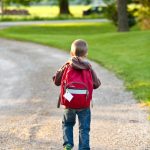 We as a nation are experiencing the profound anguish and fear of another school shooting. Again mental illness becomes the too-easy target.

For the longest time, I have argued that mental illness and mass shootings are two different subjects.

I was wrong. Mental health belongs in this conversation, but we’re thinking too small.

The truth is: Even if the U.S. were able to eliminate mental illness as a factor, the nation would reduce gun-related crimes by less than 5 percent, according to CDC data. The truth is that people living with mental illness are far more likely to be victims than perpetrators of violence.

Another truth: Violence is an infectious disease, and this nation is in the throes of a full-scale epidemic.

I was wrong because this unremitting violence has created a national mental health crisis. Every school shooting exposes more people to trauma, and not just those directly affected. Our first responders? What we demand of them is simply inhuman.

We’re traumatized also by the murder of Chicago Police Cmdr. Paul Bauer, and by the hundreds of acts of violence in this city every week.

Violence doesn’t have to happen near us to affect our mental wellness. NAMI Chicago’s Ending the Silence high school program helps students from around the city who are struggling with real trauma simply because they live here.

The scary reality is that if our mental health system fails when one person raises his or her hand, how can it hope to help the entire country?

The United States needs a moon-shot level effort to bring our mental health system out of the 19th century. As a nation, we have a childlike grasp of the subject. Popular culture prizes wellness and living in the moment, but we still talk in hushed voices about “mental breakdowns.” We expect grade-school kids to know first aid, but commonsense mental health techniques are a mystery to college graduates.

It doesn’t have to be this way. For centuries infectious diseases terrified humanity, until science found the microscopic culprits. For centuries, we spoke in a whisper of the Big C, until immunotherapies and other treatments have given us hope of ending cancer’s terrible grip.

Violence is an infectious disease, and we know it affects us in a physical way. Researchers are learning more daily about brain function and how integral mental health is in physical well-being.

It is past time that we as a nation have an adult conversation about mental health. For years, my colleagues in the field have developed solid, actionable plans. It is past time now to act on them. Let us work together on local, state and national levels to build a robust mental health system—not because just one person needs help but because we all do.

NAMI Chicago’s mission is to improve the quality of life for those whose lives are affected by mental illness. That’s all of us.

This message first appeared in an email to NAMI Chicago’s supporters and is reprinted with permission from Alexa James, MS, LCSW who serves as Executive Director of NAMI Chicago. The views and opinions expressed are those of the author and do not necessarily reflect the official position of CharityLogic and iCarol.

Alexa James, a licensed clinical social worker, has devoted her professional life to serving people living with mental illnesses. In 2013, Alexa assumed the leadership of NAMI Chicago as Executive Director. In the 10 years preceding her appointment as Executive Director, Alexa worked with children and adults living with mental illness as well as those impacted by poverty and trauma. She earned her Master’s Degrees in Social Work from Loyola University and in Child Development from Erickson Institute. Alexa’s passion is to see that our community is equipped to support those in need of mental health support and to end the crippling stigma that attaches to those living with mental illness.
WEBINARS READ THE BLOG
GUIDES AND DOWNLOADS
CASE STUDIES
STAY INFORMED
WATCH OUR VIDEO

#WednesdayWisdom: When you need support, here are some external resources to consider reaching out to, or call the… https://t.co/sMjiW0bzSK

At PPT, we know we aren’t alone in doing this important work of providing the sexual and reproductive health care a… https://t.co/3NrkJlzZxx

“Throughout my mental health journey, I have come to understand that the gift of insight is a powerful one — and it… https://t.co/iQavBtVhI5